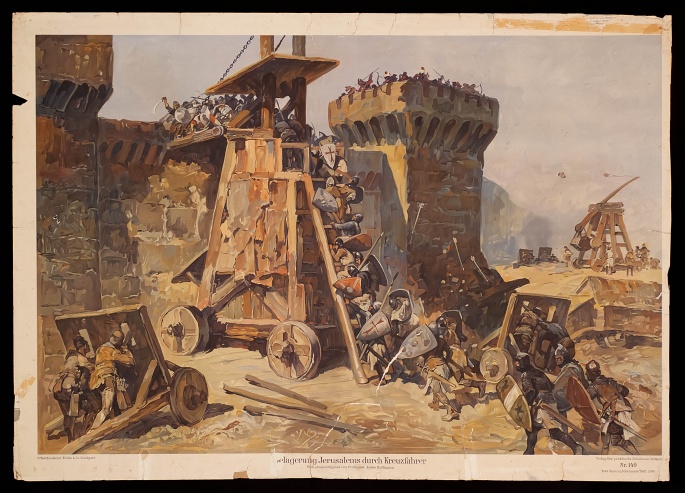 In Belgium the only place where you can discuss your religious convictions is either on television, where everyone can see/hear it, or in your backyard where no-one can. Every other place is considered ill-advised and probably counter to your staying employed.

It follows that on those rare occasions where jobs are not on the line people take advantage to talk about this thing that is still all-around. Especially during the first- and holy- communion season it is hard to circumnavigate around a topic which caused many-a-family-reunion only days or weeks ago. While most treat this as what it actually is, some still feel that the more ephemeral nature of these ceremonies needs to be stressed.

‘Faith is not something you must think about, it is something you must feel!’..was the brilliant advise I got.
Obviously for a guy who has mostly only ever thought about religion it was a sobering experience to learn I had been going about it all wrong! -sense sarcasm-
But then again none of this is very surprising in this country where your claim to universality of anything you believe in is simply ignored even if your arguments are correct. Instead majority rule , the opinion of most, substitutes The Truth at every turn. In this case, that opinion is Catholicism.

It may seems well and good and democratic to yield to the majority, but in actuality Democracy was only ever intended to break the deadlock of inaction caused by violent disagreement. It really has nothing to do with ‘Truth’ or ‘-what-is-right-‘ and everything with which opinion would likely prevail if it was fought over instead of simply discussed.

In this marketing infused, post-modern world it may seem fashionable to demote any truth-claim to a mere ‘opinion’, yes even to demote the very existence of an independent Truth to an ‘Heisenbergian uncertainty’ -which would then only be approximately attainable by majority perception-. However fashionable, it doesn’t make it right.

Perhaps the most depressing part is that when that former opinion was dumped onto my backyard it was met only with quietly mumbled consent. Even I didn’t dare attack such a feeble foundation of faith, knowing that if I tried, it would be defended with more vitriol than it had benefited from thinking beforehand. For if your feeling is the ultimate judge of all-defining-claims involving ‘Creators’, ‘After-life’, a purpose to life and universal claims deciding ‘what_we_should_do_next’ what is there to stop me from claiming ‘God exists and I am HIM’ ?

The very notion to claim that some truths lie beyond the realm of thinking sounds to me like having a water-wave scale the beach and continue onward inland, cut-off from the sea. It is like moving a forest without the trees; like storing a document in thin-air. If your faith is not based on things you believe to be facts but only on a deeply held intrinsic opinion based on perception, then why did we burn those witches, scale Jerusalem’s walls and buggered a sh*t-load of children out of their beds each-and-every-Sunday-morning!? ..to name just a few of the historical and very factual consequences of that -stuff-you-shouldn’t-think-about-.

Sam Harris was right in that -were you to claim that you truly are Elvis-, which following religious-practice you are perfectly entitled to do, the mere punishment in ridicule would perhaps persuad you to keep your brain-garbage to yourself.
Until such time that this plausible-sounding-brain-waste that is currently still being consented to, is met with the same disdain, even my backyard will benefit from some cleansing rituals in the form of a chair, a glass of red wine and a good science-book, to think over while the sun sets.