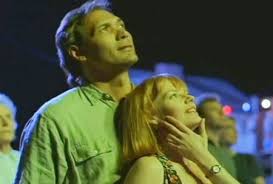 I’m a Philistine. I don’t really care how my house is ‘decorated’, my clothes are all old and many of them have holes in them, things I posses have a higher chance than average of being fixed with duck-tape. If I was an American, I might be a red-neck in this respect. My “Cultural” appreciation is literally what I decide to grant the ‘Big C’. Most of the songs on my mp3 would be insulted to find themselves on the same device with all the other songs if they were able to discover and realize this. I mix it up and, like most things; I do it my own specific way.

But there is another side to me that at times really is quite sophisticated. I’m not in the closet for being gay, I’m not gay, but I am still in the closet … I’m a closeted Beethoven enthusiast. Apart from him there is little classical music I like at brand-name only. I like some opera, I like some  hip-hop as well. I’ve read some poetry I like and not all the (probably bad) poetry I’ve written was written to impress girls, though some of it shamelessly was (futile though this proved to be).

Now none of this has anything to do with atheism or science but here’s a thing that marginally has: my love for certain poetry has made me realize what a bad eyewitness I can be when emotions come into play.

Let me set this up for you:

Years ago, still a boy really, I watched the Hollywood version of Stephen Kings novel, the Tommyknockers. I’m not a huge fan of Stephen, some of the books I like, though I can really appreciate but a few of the movies. This film was shot with Jimmy Smits and Marg Helgenberger in the lead roles. What I can remember is that Smits plays this almost has-been ex-alcoholic wandering poet that is on the verge of releasing another book. The best part of the film for me was when he recites one of his ‘older’ poems and everyone is pressing away a tear. It was what some describe as ‘corny’, but it beat the later parts of the movie.

Now for years I’ve been stuck with this poem in my head. I knew it was a great poem, but perhaps coming from a guy with holes in his shirt that isn’t worth much. I any case it was a great poem to me. Problem was, I had a very hard time remembering it. I remembered some parts of it. I thought I remembered how it ended, but couldn’t be sure of any of it. Yet, while there are many movies I see several times and enjoy time and again, I never tuned into any of the reruns of this rather b-ish movie.

What I did do was do internet research combining all sorts of search-parameters in order to find this poem. This proved hard at first. Normally when you need the title of a song you like in a movie or need a transcription of a poem you heard, you find that someone in the world has gone through the trouble of recording it. For this poem this proved hard. What I did find was someone on a chat-room asking for the same poem I was looking for, but to no avail.  So, while I wasn’t the only one searching for it, the movie had obviously had so little enthusiasts that the poem hadn’t made it online. Finding it online eventually proved impossible. I blamed the fact that it wasn’t a really good movie and that it dated from the years that not everyone was online. (Actually today still a minority in the world actually is online) Little did I suspect that the fault would turn out to be mine and mine alone.

So in the end I caved in. If no-one had done the effort, had deemed it worthy, to put this thing online it may just be one of those things that you must do yourself to get it right. So I went and got the movie. Remember, I’m a Philistine so instead of watching the movie again I used the fast-forward button. There was only so much I was willing to pay for this thing, time not being in great supply with me.

Finally I found the scene in question; with pencil and paper in hand I let the movie roll….and learned a lesson.

Were I to pen down literally what the actor said while ‘reciting’ the poem I might end up with a sentence or five. The truth is that the movie does not contain a poem, not really. What it does is convey the ‘idea of a pretty poem’ by using phrase-fragments, zooms of faces, fading sounds in a multi-cut scene. Yet what you get is a feeling for a poem that is etched on the poets own situation: back from a long voyage, not a very fruitful voyage, more like a new beginning filled with hope and relieve for being home.

Obviously the lesson I learned was that even I can be a very bad eye-witness. But before you condemn me for it, please remember that I was not the only one asking about this poem, thinking there actually was something memorable to ask for. In part this is to the credit of the movie-makers, they induced a memory in me that wasn’t real. The method they used to get the idea across of a beautiful poem was probably chosen because it was the only way for getting the message across. Actually writing a poem that would move a large part of the audience to tears may have been beyond reach. My false eye-witness report is to their credit, but certainly if they were exceptionally good the entire movie would have been better.  So something else is in play here: my emotions. Obviously my emotional susceptibility towards this theme made it easier to them. I did not remember the actual events, please recall that I was trying to get to those actual events with my search, but like with many things, I just remembered the emotions and coupled to them some false memories.

This is a valuable realization since it teaches us two things a) Hard-line atheists are not immune for emotional contagion even to the extend as to inducing false memories. b) A memory that has emotional context will be easier to ‘pollute’ by method of other mechanisms inducing those emotions than emotionless contexts will. This extends even to the real-time perception. Is that blond at the end of the street your girlfriend who just broke up with you yesterday, allowing you a last chance to explain things, or is it just another blond? Guess which you will see first? If you can make a room full of people emotional and then announce that the statue of Marie in your hand will start to glow, will they not see it? Is that a miraculously burning bush, burning without being consumed by a very clear flame, or is it just so darn hot in this desert that the air trembles around you while you are .. oh..so.. thirsty. Oh and GOD is talking to YOU, can’t you see it, hear it, FEEL IT!?

It is easy to see how temporary and small individual delusions like this can snow-ball into permanent mass-delusions and emotional thinking. If you never second guess what you come to think or learn or be taught, that’s how you get religion. So in fact atheism isn’t “arrogant” at all, it comes from the confrontation with your own fallibility.

To conclude I made an attempt to write the poem that didn’t exist. I did not use anything that I got from the movie except for some of the emotions. I hope in a few years I still will like it, but that is doubtful.

I will settle for some of your liking it now.

Hands trembling from the eerie moon-light on the midnight road.

Heart trembling for I’m going home, in me fight the fear and hope.

I’m not the one who left them years ago,

having survived both friend and foe,

part of me as dead and cold,

in the white dirt on this icy road.

From that rock one more mile to go,

for the last stretch of what was afforded.

It’s fourth and goal but hard to know what time will be awarded.

Will smiles be granted or eyebrows arched, as they send to announce my nearing.

Or the miles parched beneath the crows on this wretched road forever eerieing.

Nothing was changed, yet knout seems the same under that cold white light.

My clothing stained, my arm in pain, remembering that night I ran,

and left the fight, the mountain-height, the one on which I had killed that man.

Did the years, grey hair and tears my sins for me amend

or will the dreams and bleeding skin the loss in the end avenge.

The fire of this midnight cold, deals me with the spades’ ace,

on this frightful road forever, crawling like that Turtle rock in place.

Nothing of what I deserved, yet all of what I had coming,

from the hands of faith ‘t was received.

If I could return in time while knowing, I’m sure I would never leave.

If they pursued I will come to harm as any deception would fail and soon.

It would be to no avail, since the trail left by my bleeding arm, must have been guiding them since noon.

As I stand staggering through hope I smile

Contented with all I’ve seen and owned,

Turtle rock, the rough cold surface, I am going home,